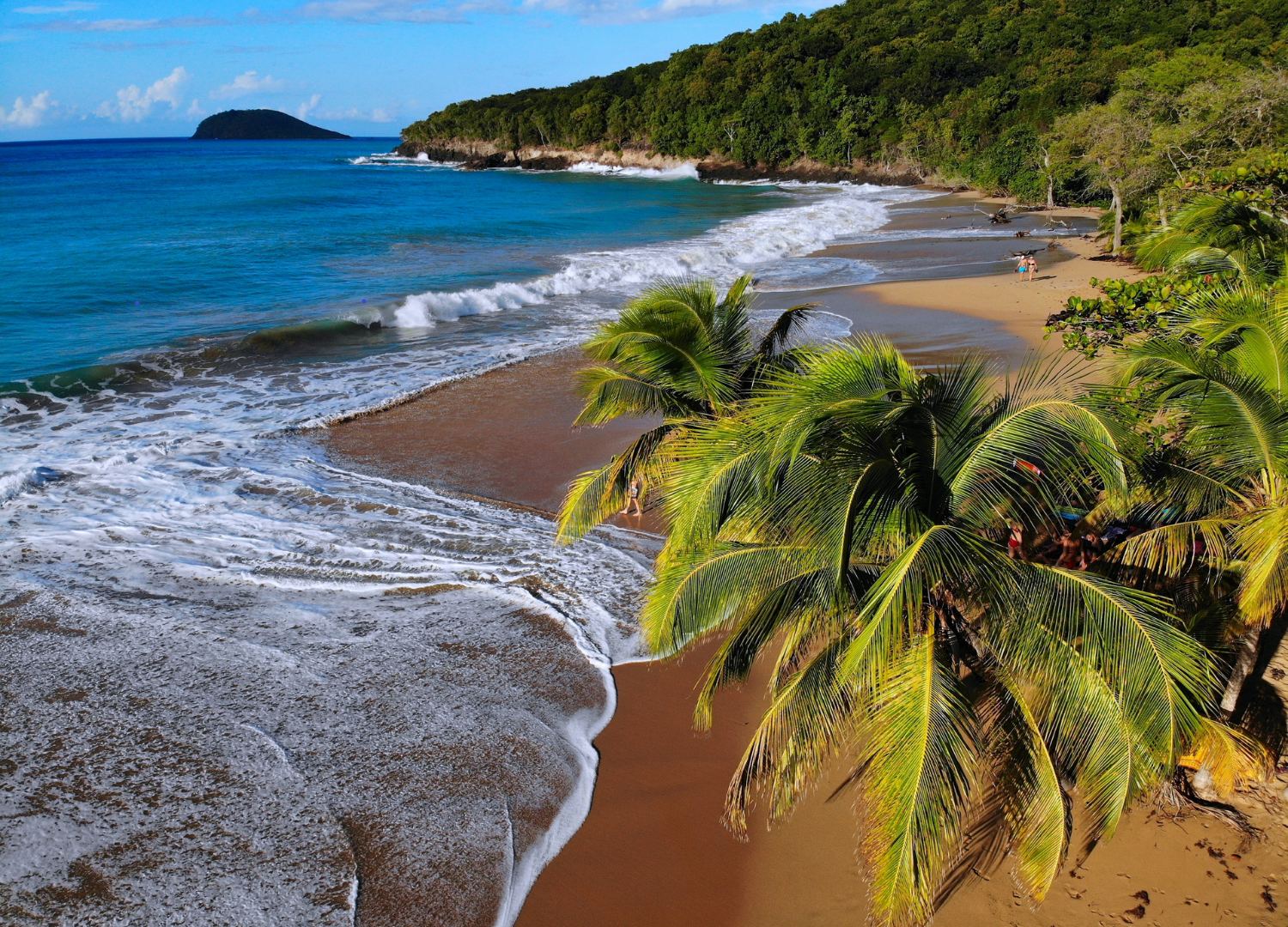 Guadeloupe, formerly called “Karukéra” (the island of beautiful waters because of its numerous waterfalls) by the Amerindians, has been a French department since 1946. The island is part of the Windward Islands. It consists of two main parts:

Basse-Terre, the largest, mountainous, where the Soufrière volcano (which rises to 1467m) and the Guadeloupe National Park, designated “World Biosphere Reserve” by UNESCO in 1992, are located. Basse-Terre is full of waterfalls, rivers, golden or black sand beaches, and a tropical rainforest that covers its mountainous massif.
Grande-Terre, the smallest, not very hilly, with its sugar cane fields and its splendid beaches.
The two parts are separated by an arm of the sea, the Rivière Salée.

Several small islands depend on Guadeloupe: 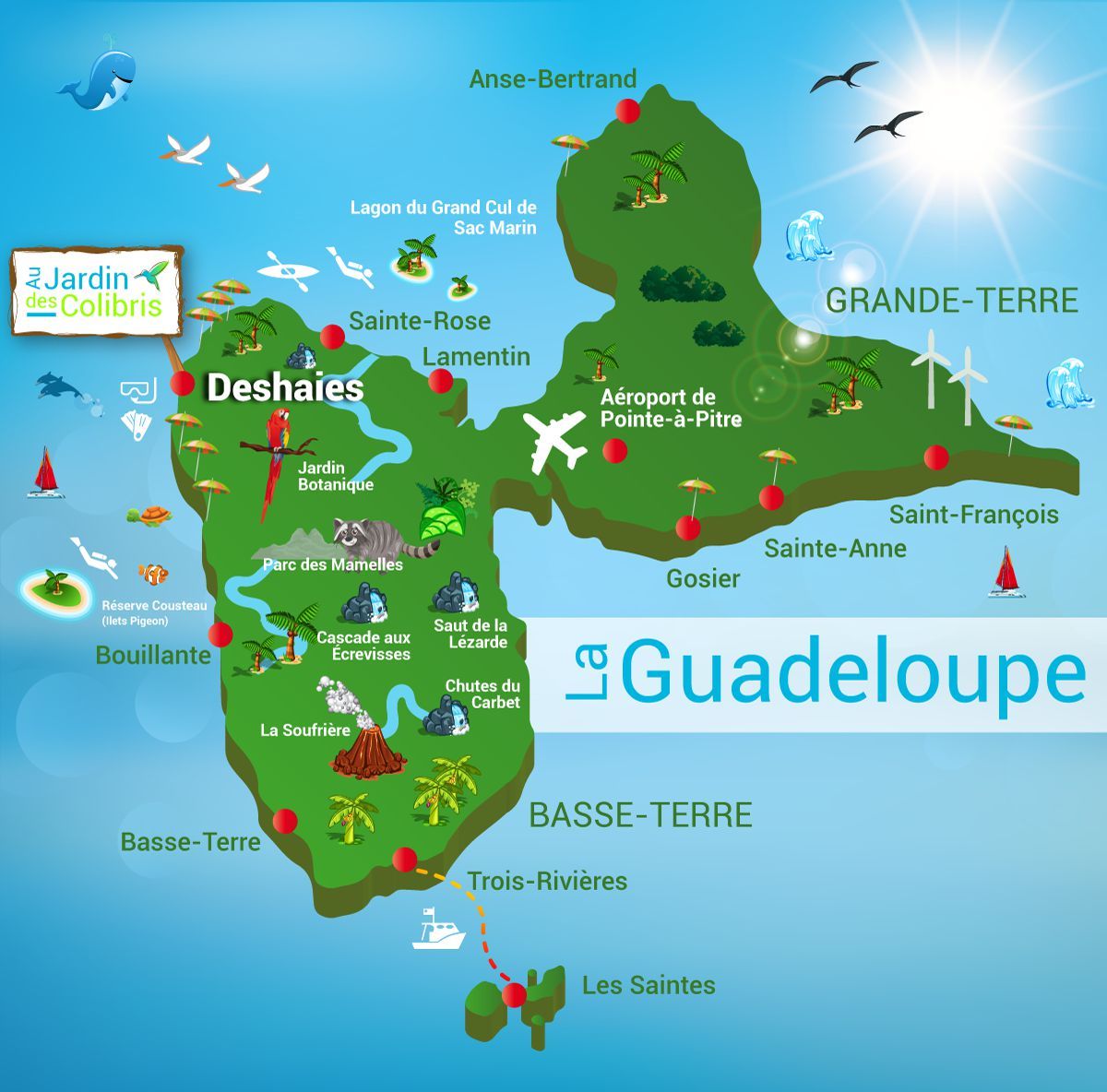 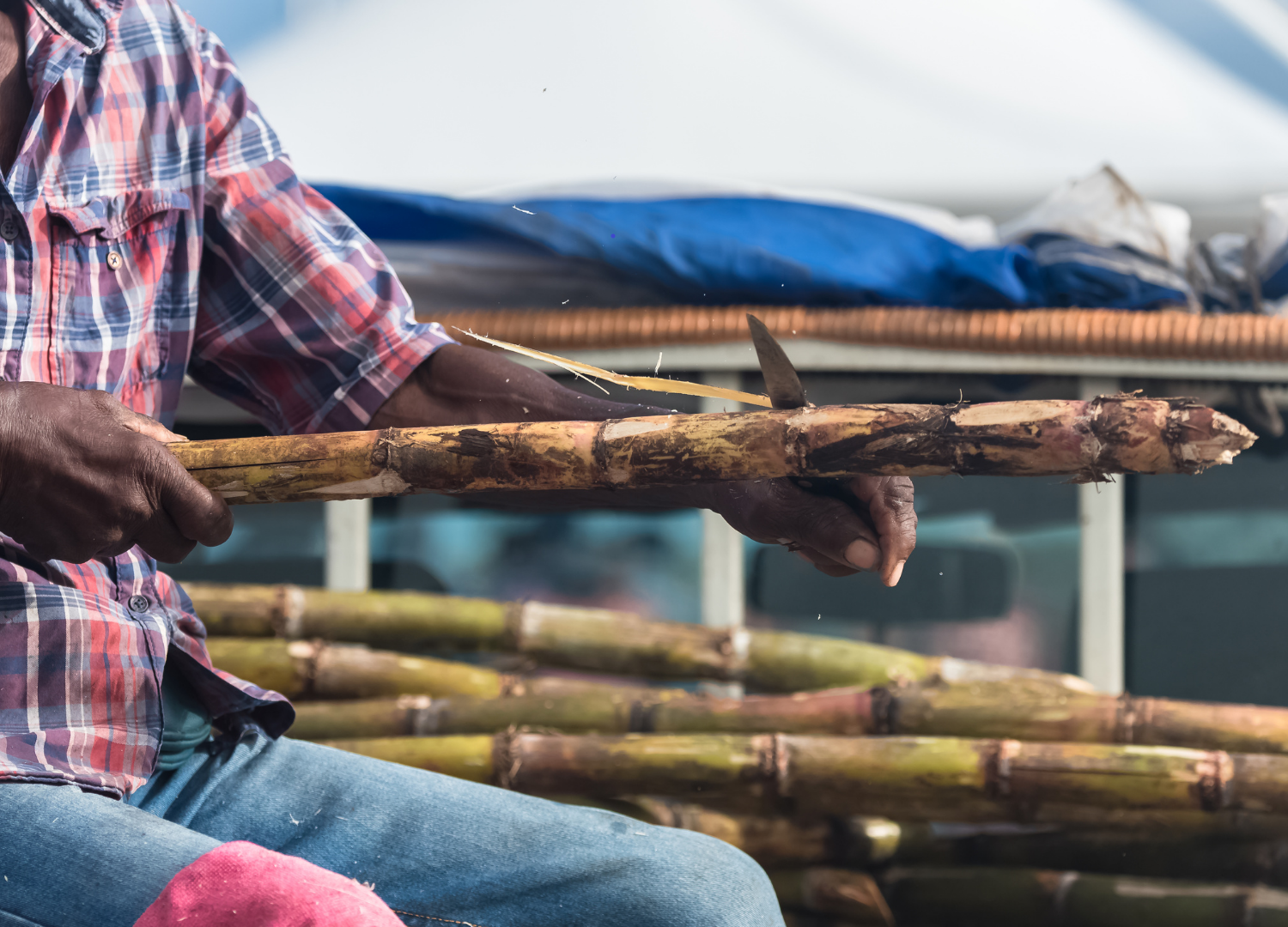 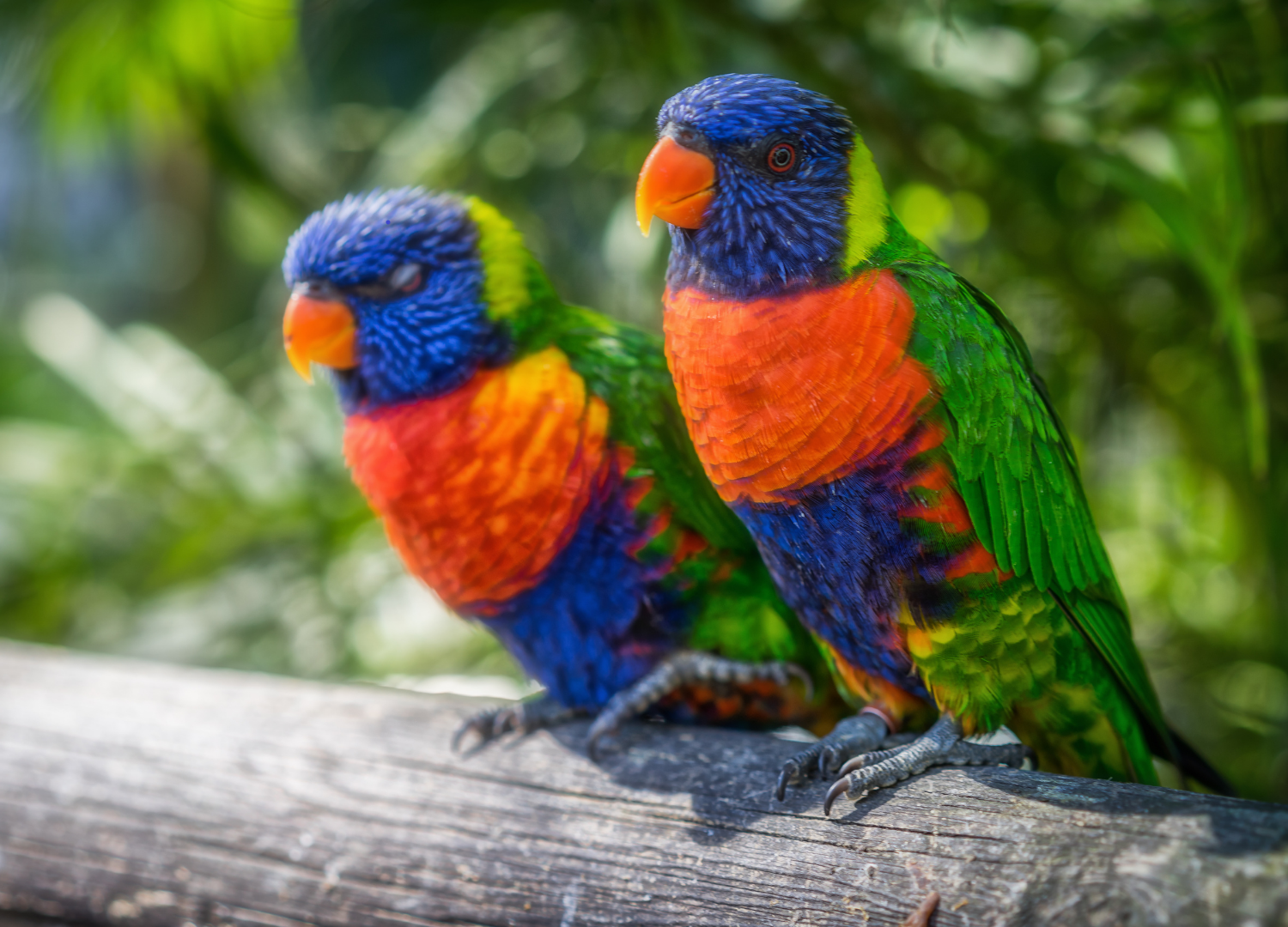 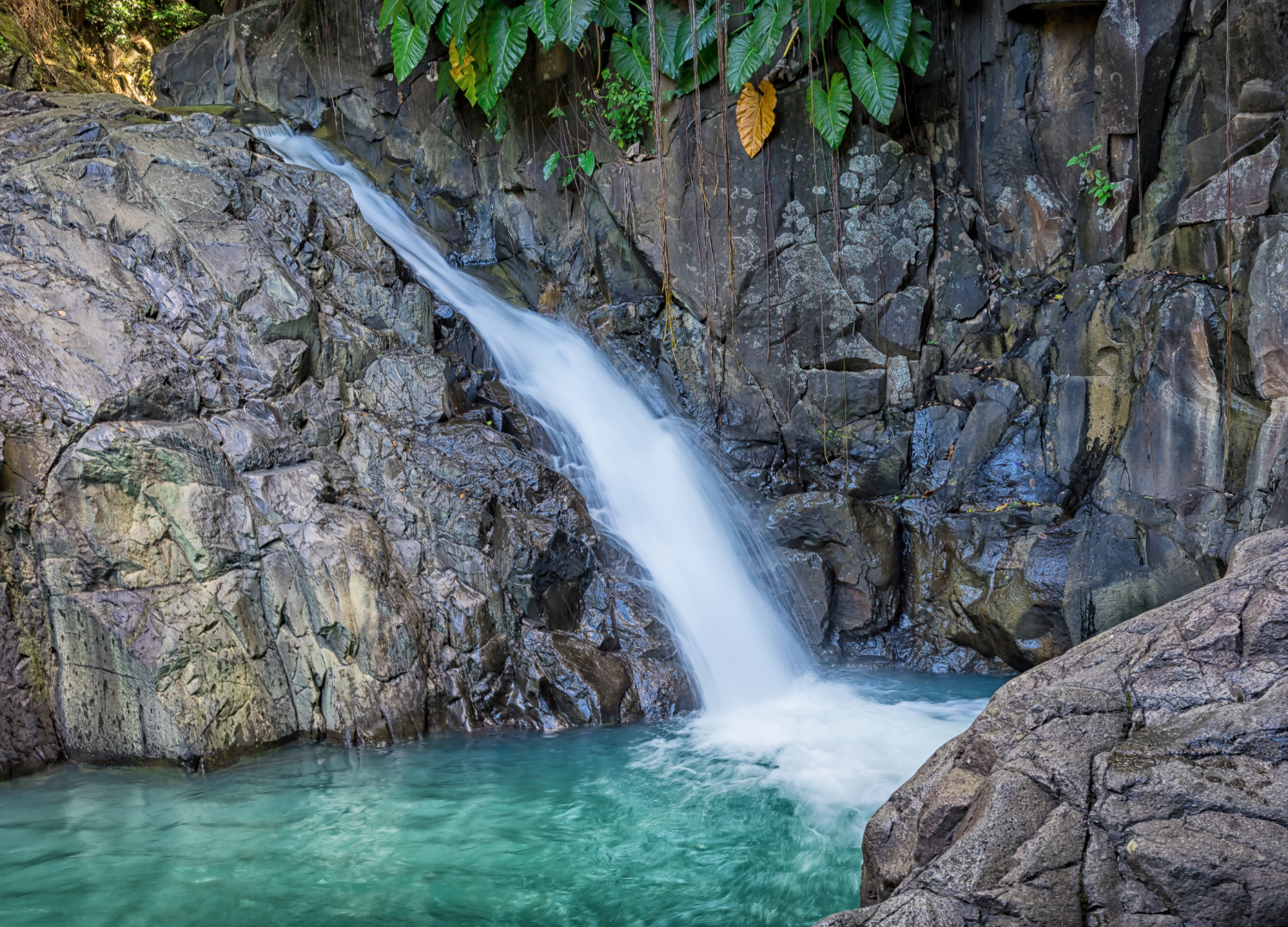 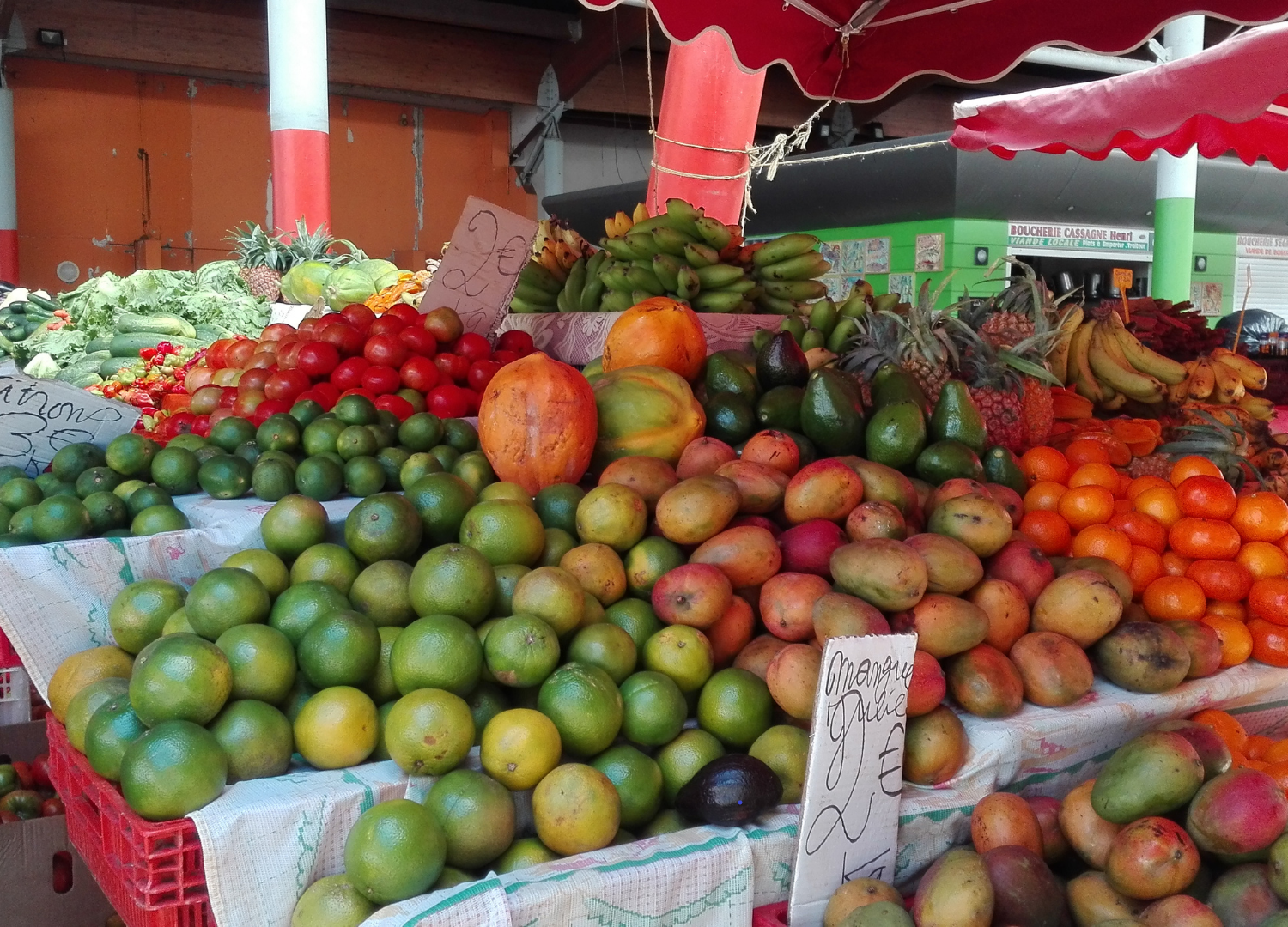 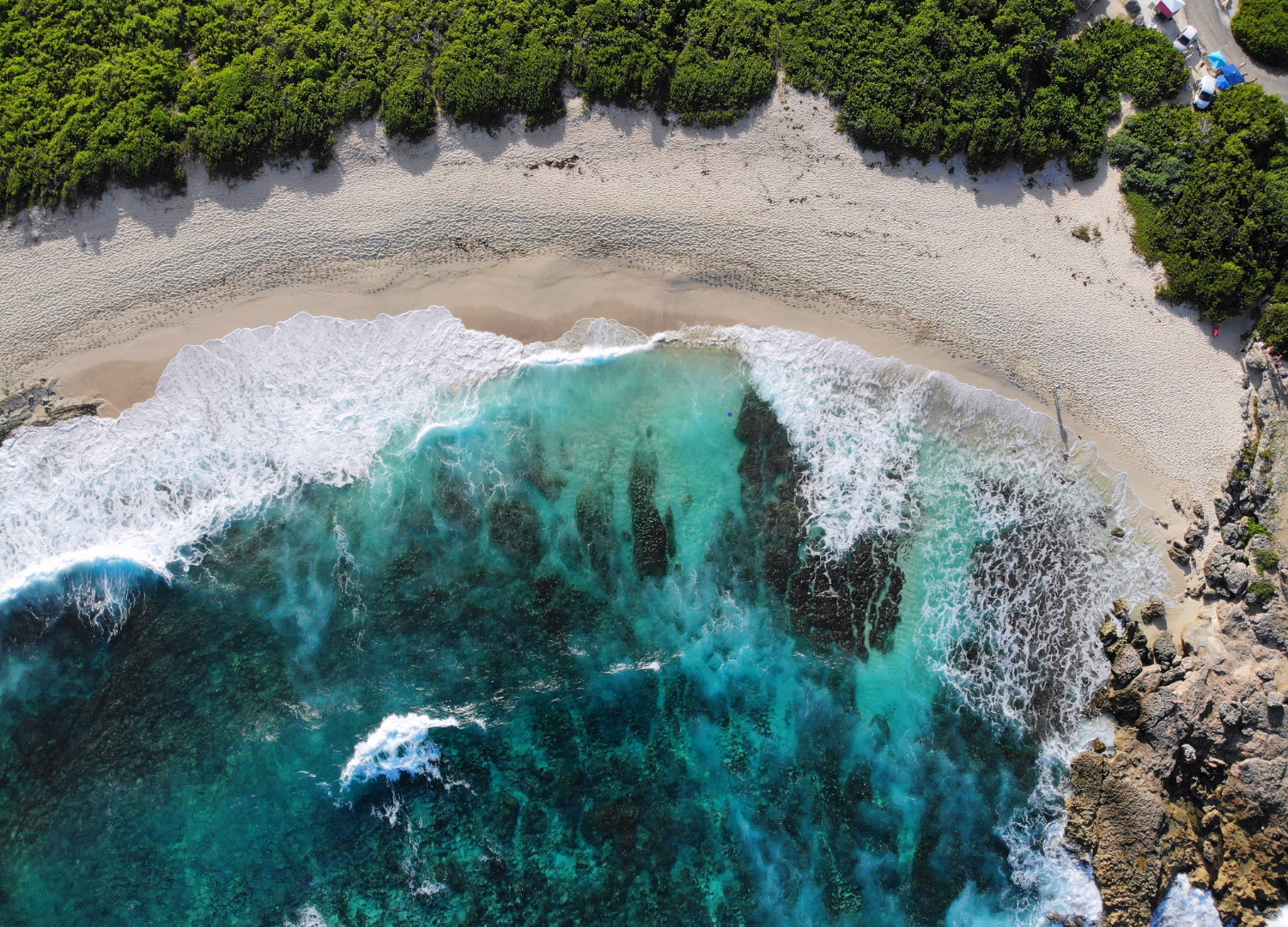 Here are some basic facts to know about Guadeloupe

A little bit of history

Like other islands of the Lesser Antilles, Guadeloupe was probably occupied by pre-Ceramic Amerindian groups from 3000 BC onwards.

The modern history of Guadeloupe began in November 1493, when Christopher Columbus sighted, during his second voyage, Dominica, then Marie-Galante where he disembarked on November 3rd, 1493. The archipelago of Guadeloupe was a Spanish colony for about 130 years, until 1635. The Company of the American Islands took possession of Guadeloupe in February 1635 intending to develop the cultivation of tobacco to export it to France. This was the beginning of the colonization of the archipelago, which had difficult beginnings, and soon open wars exploded. In 1641, the war between the colonists and the Caribs ended. The latter, already diminished by diseases and massacres, were sent to the island of Dominica.

In 1664, Guadeloupe and Martinique came under the direct authority of the King of France, Louis XIV, who then decided to develop the cultivation of sugar cane. In 1671, the monopoly of the French West India Company was abolished to open up the competition to all French ports in the slave trade. The massive development of the trade by the French and the English caused the price of slaves to soar but lowered the cost of transporting them and satisfied the sugar planters.

After a first attempt to abolish slavery, an English occupation, slavery was finally abolished in 1848.