Nanny: a Jamaican leader and heroine

In this blog post, I’m taking you to another region of the Caribbean, well known for its music and internationally renowned artists: Jamaica.

And we’re going to take a big step back in time to discover one of the key characters in its history: Nanny. Nanny is an emblematic figure of the jamaican resistance in the 18th century. She became a popular heroine after repeatedly preventing attacks from the English and helping a large number of slaves escape and destroying the properties of the settlers.

Nanny was born in the mid-1680s in Ghana (West Africa) in the Ashanti tribe. She was brought to Jamaica with her three brothers and sold as a slave upon her arrival. She worked on a plantation in Saint Thomas commune, near Port Royal, where cane sugar was the main crop. Working conditions were particularly difficult.

A few years later, she and her brothers Accompong, Cudjoe, Johnny, and Quao fled their plantations and hid in the Blue Mountains north of the commune of Saint Thomas. During their period of hiding, they split to organize more brown communities across Jamaica. Jamaican cities would later be named after Accompong, Cudjoe, and Nanny.

Nanny kept her community alive through the barter system she had organized herself, so that food, weapons, and clothing were regularly delivered to them. They also lived from livestock farming, agriculture, and hunting using methods directly from the African villages of Ashanti from which Nanny came. Jamaica’s geographical location was perfect for that.

Many attributed Nanny’s leadership skills to her Obeah powers, which are the result of a derivation of the African religion practiced in Surinam, Jamaica, Trinidad and Tobago, Guyana, Barbados, Belize, and other Caribbean countries (the Obeah is a mixture of mysticism and white and black magic). Nanny’s strength would also come from her home tribe, Ashanti, known for her strong resistance to Europeans in West Africa and the New World. Finally, it was known to have a wide knowledge of healing herbs and other traditional therapeutic methods, practiced by the native inhabitants of the island and Africans.

How did Nanny impact Jamaican history?

The city of Nanny Town has had to face The English attacks several times. Due to its strategic location, Nanny and her community were able to spot enemies at a high altitude. She would ring her famous horn called abeng to warn her watching warriors. She made sure to allow only one entry and exit from the city, which allowed the Maroons to block any ambush despite their numerical inferiority, thanks to elaborate strategies put in place by Nanny herself. In addition, the Maroons were better equipped and knew the mountainous terrain better than the English.

The Maroons are descendants of the Afro-Caribbean who were enslaved on the plantations and formed their own community in the rugged and mountainous interior of the island. Under Spanish governance, until 1650, the slaves escaped and married the native inhabitants of the island, the Arawaks, in their communities. Later, when the English took control of the colony, most slaves were able to flee the plantations to join the two main groups of Maroons in Jamaica: the Windwards and the Leewards, led respectively by Chief Nanny and Captain Cudjoe.

For more than 150 years, Maroons helped free slaves from plantations by damaging land and property owned by plantation owners.

The Maroons were also known to raid plantations to recover the property of slavemasters and to search for weapons and food, burning plantations and bringing slaves back to their communities.

Nanny liked to organize plans to free the slaves. For more than 30 years, Nanny freed more than 800 slaves and helped them set up a brown community.

Did you know about Queen Nanny? Let me know your thoughts in the comments and don’t hesitate to share this article 😉 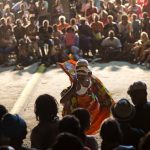 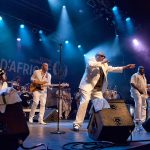