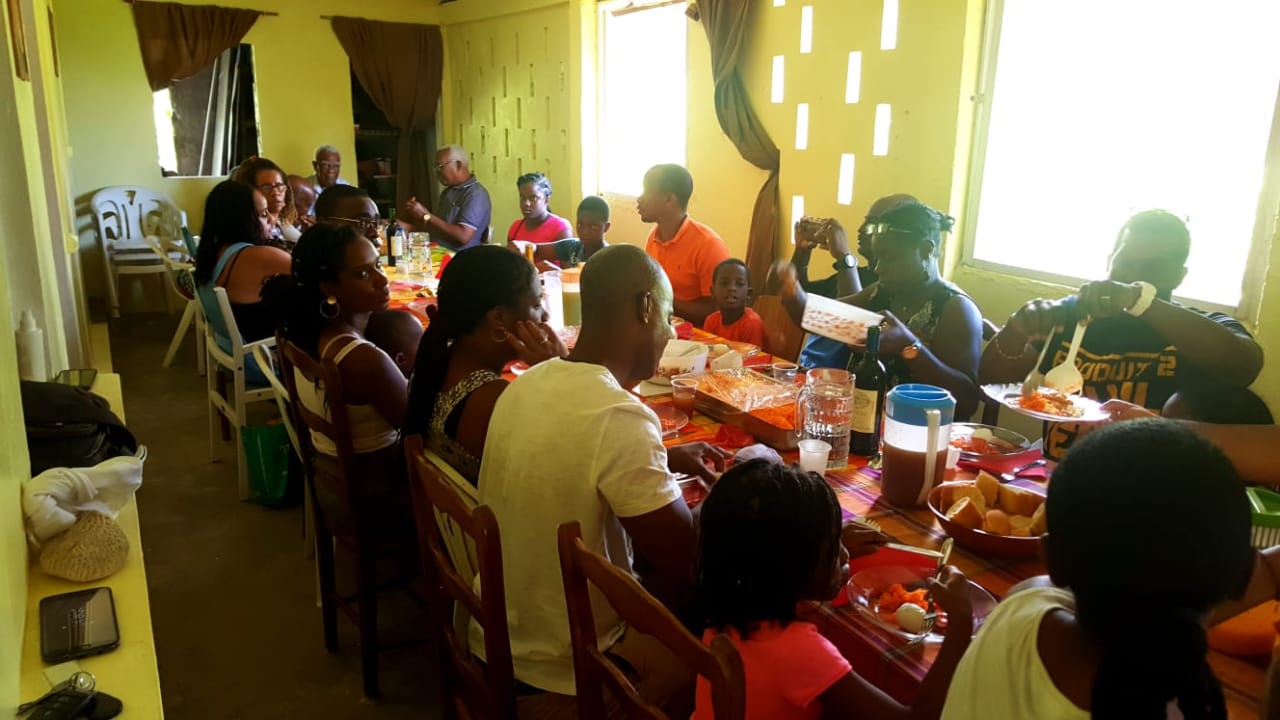 You must have seen the portrait of the beautiful Eloïse… where she says that she is particularly fond of family time.

For this new article, I want to take you in mine 😊. When I think about them, the first image that comes to mind, the first memory that resurfaces, is the Sunday family meal. 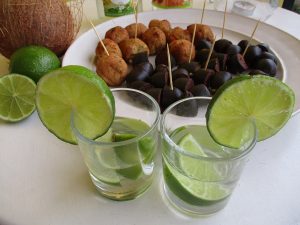 We used to gather at my uncle Augustin and his wife’s. They had a big house whose ground floor was actually a large open terrace, where we all met for this meal that was actually going to last for hours!

The terrace was strategically organized. When we came in, we would find the aperitive table directly on our right side. Because at Aunt Jeanne’s, we pour ourselves a drink first, and then we greet everyone. It was a pretty large table, and yet there wasn’t a single free space… if you know what I mean… On the other side, in the left corner, were installed a small coffee table and four armchairs. I only realize now why this corner was so popular with my great uncles (laughs). In the middle of the terrace was a long dining table that could accommodate about thirty guests. And then at the back was the children’s table 😊.

So we all arrived on the strokes of 11 am, to have a small drink. Good mood was mandatory. A hubbub mixing laughter, children’s quarrels, and gossips, filled the room and grew at the same speed as the number of “ti punches” ingested by my tontons. My cousins and I took turns serving pistachios, cod accras, and other appetizers to the grown-ups, making sure to stealthily grab some of them for us between services.

Two hours later, once full of juice and sausage cocktails, and all the stories told in the fashion of the Arabic phone, it was finally time to go to the table! And then we had to hang on! 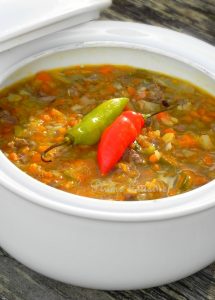 To (re)open our stomachs, we started by having the traditional “pâté en pot”, a tasty soup prepared with vegetables and sheep’s offal. Not very appetizing I know, but trust me… it was excellent, so much so that we would take another round. This soup is lovingly prepared for hours. At the time it was my late grandfather who had the secret to its taste.

After a short break taken to clear the plates, we moved on to the first dish: a small salad of raw vegetables, accompanied by red or white “boudins creoles”, and crab tarts. It was my favorite dish: light but so tasty. So I didn’t go there with a dead hand, which would cause my loss afterward, because … the main course was coming (toudouuum).

The aunties paraded to spread on the table the cooking pots of local vegetables (breadfruits, yams, plaintains), stewed red beans or lentils, and rooster stews from the chicken coop of my uncle Augustin. Between the spices and the “bonda man jak” pepper, it all smelled divinely good. At this point, everyone was full. But as my grandmother used to say, “A man is better dead than God’s good to be spoiled!” So everyone was making their own little plate. I was cheating by taking a quarter of yam tile that I drowned in the stew sauce to make an illusion.

Between the “Regine, give me some sauce” and the “Did you hear what happened to Mr. Doe last week?” We could stay at the table until 4pm, much to the dismay of the little ones, who were eagerly awaiting dessert. 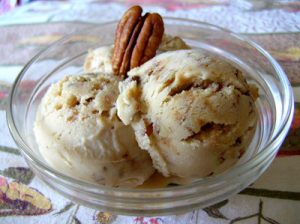 When the last aunt had finished cleaning her plate, the farandole of local ice cream and local fruit landed on the table. That’s when I was capitulating. When there is no more room, there is no more … Hold on! Is that Vanilla-pacane ice cream I see coming in here? My bad!

At 5 p.m., the “lunch” meal was finally over. Everyone took themselves where they could to digest, half-shameful, half-satisfied. The toughest aunties made teas and coffees to soothe our stomachs. It was also the moment when the uncles took over the round of “ti punches” … for digestion of course!😉

At 7 pm, it was high time to serve… the snack😅 Tasteful, well-scented cakes, which we hardly dared touch because we knew that something would soon steal the show. I named: “THE CHOCOLAT PAIN AU BEURRE”. It is a must-have for Caribbean tables. The “pain au beurre”, halfway between pastry and brioche, a real work of art by its braiding, accompanies a hot chocolate, called communion chocolate, creamy and flavorful with good local spices. A perfect marriage.

Communion chocolate is of Martinique origin. As the name suggests, it was previously served during the feasts of the first communions, and then by extension, at major events (marriages, baptisms …). Today, any party ending after midnight is an excuse to prepare one. Actually, for some of us, the “pain au beurre chocolate” is a stronger motivator than the reason for the invitation itself. 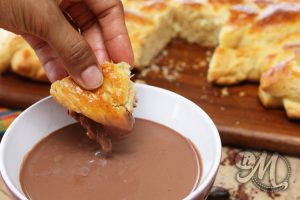 Although trivialized, to this day, no one has managed to unravel the secret of the perfect “pain au beurre-chocolate” proportion. So we usually take more of one, to finish the other, until exhaustion.

Eventually, the Sunday family meal ended. Everyone left with their tipewaw* filled with the lunch leftovers, hoping to fall asleep at night.

What a good memory…

*Tupperware with the Caribbean accent 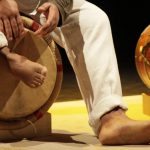 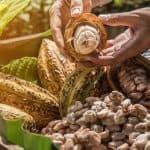 Cocoa in the Caribbean: a resilient farming Next